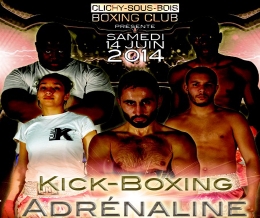 McAleer, Manager at Virgin Heath center in Belfast, will face WKN K1-style world kickboxing champion Fadma Basrir for the world title over five two mins rounds and team mate McMullan the Ballygowan joiner has the right tools or the three by two min round match-up. Both fights are under WKN K1-style rules.

Official WKN Championship Rules and regulations are under the CNKB

Two of the Big fights on the Card: